Geography and Population of Fukui Prefecture

Fukui Prefecture, which belongs to the Chubu region, faces the Sea of Japan and is bordered by three prefectures (Ishikawa, Gifu, Shiga, and Kyoto) and one capital city. Surrounded by the bounty of nature from the sea and mountains, Fukui is a treasure trove of foodstuffs, including marine products such as Echizen crab, the king of all crabs, and mountain and village foods nurtured by its rich nature. Fukui has a population of approximately 768,000, 43rd among the 47 prefectures in Japan, and is home to nine cities and eight towns. Fukui City has the largest population of 258,198, followed by Sakai City with 89,565, Echizen City with 81,799, Sabae City with 69,289, and Tsuruga City with 63,852. （Fukui Prefecture has also been ranked first overall in the “Happiness Ranking of All 47 Prefectures” for five consecutive editions (2014, 2016, 2018, 2020, and 2022).

Fukui Prefecture’s GDP is 3,371.44 billion yen (FY 2018), which ranks 42nd in Japan (GDP ranking by prefecture), but shows a 3.5% year-on-year increase (5th in Japan), the third highest increase within the Chubu region after Toyama and Yamanashi. One of the main industries in Fukui Prefecture is the textile industry, as the prefecture is also a textile production center known as “Fukui, the Textile Kingdom. The prefecture has formed a comprehensive production area with a concentration of all related industries, including synthetic fibers, and is promoting the introduction of cutting-edge technology, the pursuit of high value-added products, and the development of markets in other fields.

Number of visitors and unit consumption of tourism in Fukui Prefecture

In terms of tourism, the number of Japanese tourists (both in and out of the prefecture) to Fukui Prefecture in 2019 was 6.47 million, including overnight stays and day trips. This ranks 43rd among the 47 prefectures in Japan (47-prefecture ranking of Japanese and foreign visitors to Japan), but the unit cost per person spent was 21,000 yen, ranking 26th in Japan and 3rd within the Chubu region after Shizuoka and Nagano prefectures. On the other hand, the number of foreign visitors to Japan is 64,000, ranking 46th among the 47 prefectures, and the prefecture seems to be less attractive and well-known to foreigners. While major tourist attractions in the prefecture include Takefu Central Park in Echizen City and Nihonkai Sakana Machi in Tsuruga City, newly established commercial facilities such as Echizen Ono no Arashima no Sato (Ono City) and Minami Echizen Yamakairi (Minami Echizen Town) roadside stations have been attracting visitors in line with major tourist attractions.

Fukui Prefecture was selected as an “SDGs Future City” in May 2021. The theme is to realize “Advanced Model of Happiness Fukui,” which will be chosen by the next generation. The prefecture aims to create a virtuous cycle of economic, social, and environmental development and to become a sustainable region. The prefecture focuses on human resource development in various fields based on the best education in Japan, and various activities are conducted in the “Fukui Prefecture SDGs Partnership Conference” established in August 2020, including support for proactive activities of *SDGs partners, company experience sessions for children to learn advanced technologies, local history and culture study, and the “Fukui Future Human Resource Development Project” and other activities. The Fukui Future Human Resources Development Project is also underway.

“Jnana” was selected from a public call for a logo mark to expand the circle of SDG activities in the prefecture. Click here for details.

SDGs partners are companies, organizations, educational and research institutions, specified non-profit corporations, civic groups, and local public organizations that have their offices or other facilities in Fukui Prefecture. The project aims to encourage companies and organizations participating in the “Fukui Prefecture SDG Partnership Conference” to proactively implement activities that contribute to the achievement of the SDGs and to broaden their activities. For details, click here.

What is the Fukui Prefecture SDGs Future City Plan?

As an SDG future city, Fukui Prefecture formulated the “Fukui Prefecture SDGs Future City Plan” in August 2021, which outlines major efforts to achieve the SDGs. In order to promote the realization of “Advanced Model of Happiness Fukui,” which will be chosen by the next generation, the plan aims to realize three future visions by 2040, in line with the principles of the SDGs.

1. A confident and proud Fukui

We will carefully protect and enhance the value of the “Fukui-ness” of the prefecture, such as the people’s activities that have been passed down through the course of their lives, the spirit of mutual support, the natural climate and history, the ties between local communities, and the industrial strength of agriculture, forestry, fisheries, and other industries, so that the people of the prefecture can live with pride and attract even more people to the prefecture. Fukui” will be realized by making the people of Fukui proud to live in it.

2. A Fukui where everyone plays a leading role

3. A leap forward for Fukui

Making the most of the progress in transportation systems and technological innovation, we will solidify the foundation for a new era, improve the quality of life, and realize a “Fukui” full of vitality. In addition, with the aim of reducing carbon dioxide emissions to virtually zero by 2050, smart areas utilizing a variety of energy sources, including nuclear power and renewable energy, will be developed in all prefectures. 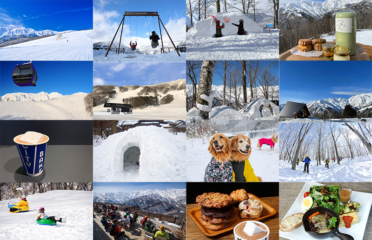 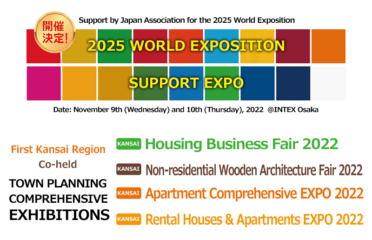